Declan's first book, A Life in the Trees, is published by The Lilliput Press and is available in bookshops throughout Ireland and the UK.

It can also be ordered direct from The Lilliput Press

‘As engaging an expression of a true naturalist’s passion as Ireland has produced … So immediate and concerned is [the author’s] account that one comes to live it with him, if spared the scourge of midges that penetrate his dark and humid hide.’ —THE IRISH TIMES

'In this wonderfully detailed account of the Great Spotted Woodpeckers, Declan Murphy invites us to observe these fascinating birds and simultaneously offers us an insight into his own life as a naturalist. So vivid was the writing and palpable his passion, that whilst reading it, I became an avid birdwatcher in the Wicklow woods alongside him. This book is a celebration of contemporary natural Ireland; an engaging, inspiring and important read.'

Great Spotted Woodpeckers bred in Ireland for the first time in 2008. This book is an account of Declan's quest to learn more about this new arrival on Ireland's shores. It is a very personal account, with the centerpiece of the book taken up with the story of two chicks, 'Red' and 'Black', and their struggle for survival. Set in the Wicklow Mountains, it recounts Declan's patience, his tenacity and the struggles he endures as he watches the family of woodpeckers from a roughly-made observation hide, only metres from the woodpeckers' nest.

'We are visited by hope, pathos, joy, tragedy, surprise and hope again as the story of the woodpeckers and their chicks unfolds'

Throughout the book we encounter a host of other wildlife, each with its own story to tell, and well recounted through Declan's meticulous observations. Pine Martens, Red Squirrels, Sika Deer and the Goosander - a fish-eating duck - all shine through in Declan's writing.

The foreword was written by veteran international film-director John Boorman. John is well known for his Wicklow-based film Excalibur and other award-winning films such as Deliverance and The Emerald Forest. John created an evocative and timeless foreward, telling the story from the woodpeckers' perspective....

'The Woodpecker chose a primal wood, with no evidence of human activity....'

Internationally renowned bird-artist Killian Mullarney, co-illustrator of The Collins Bird Guide, provided a full-page illustration of the birds which depicts a pivotal moment in the chicks' story - their leap into the unknown. Killian's artwork and illustrations of birds are amongst the best in the world and his unique touch brings this part of the story vividly to life.

Danish artist Flemming Christofferson provided illustrations for each of the chapter headings, using a broadstroke brush and ink style that helped give an old-style feel to the book. Each illustration is designed to match the title of the chapter it accompanies, drawing the reader deeper into the story itself.

Finally, the photographs inside the book, and on the cover, were produced by Dick Coombes, one of Ireland's leading bird photographers.

The combination of all these artists' work, each an expert in his own field, has been blended together by Declan and his writing to produce a work that is creative, unusual and original. 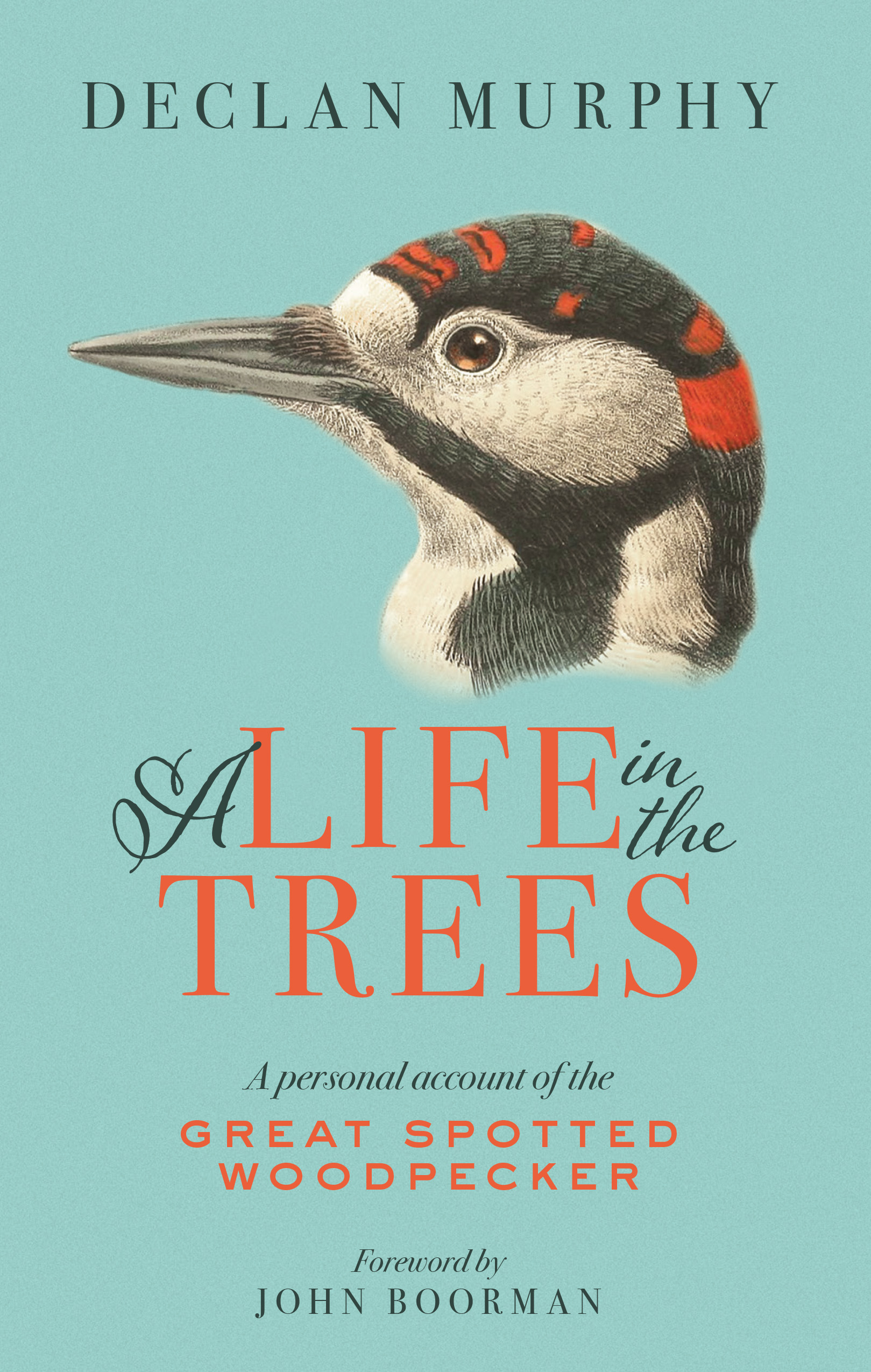 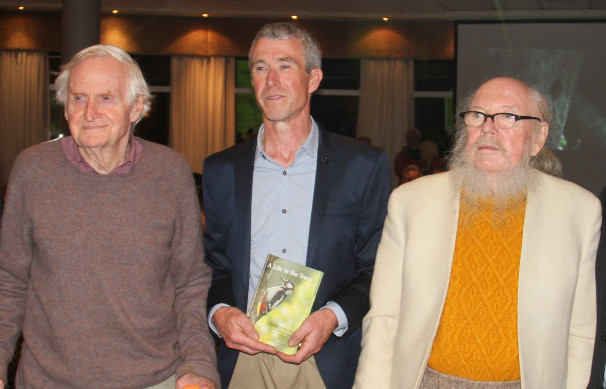 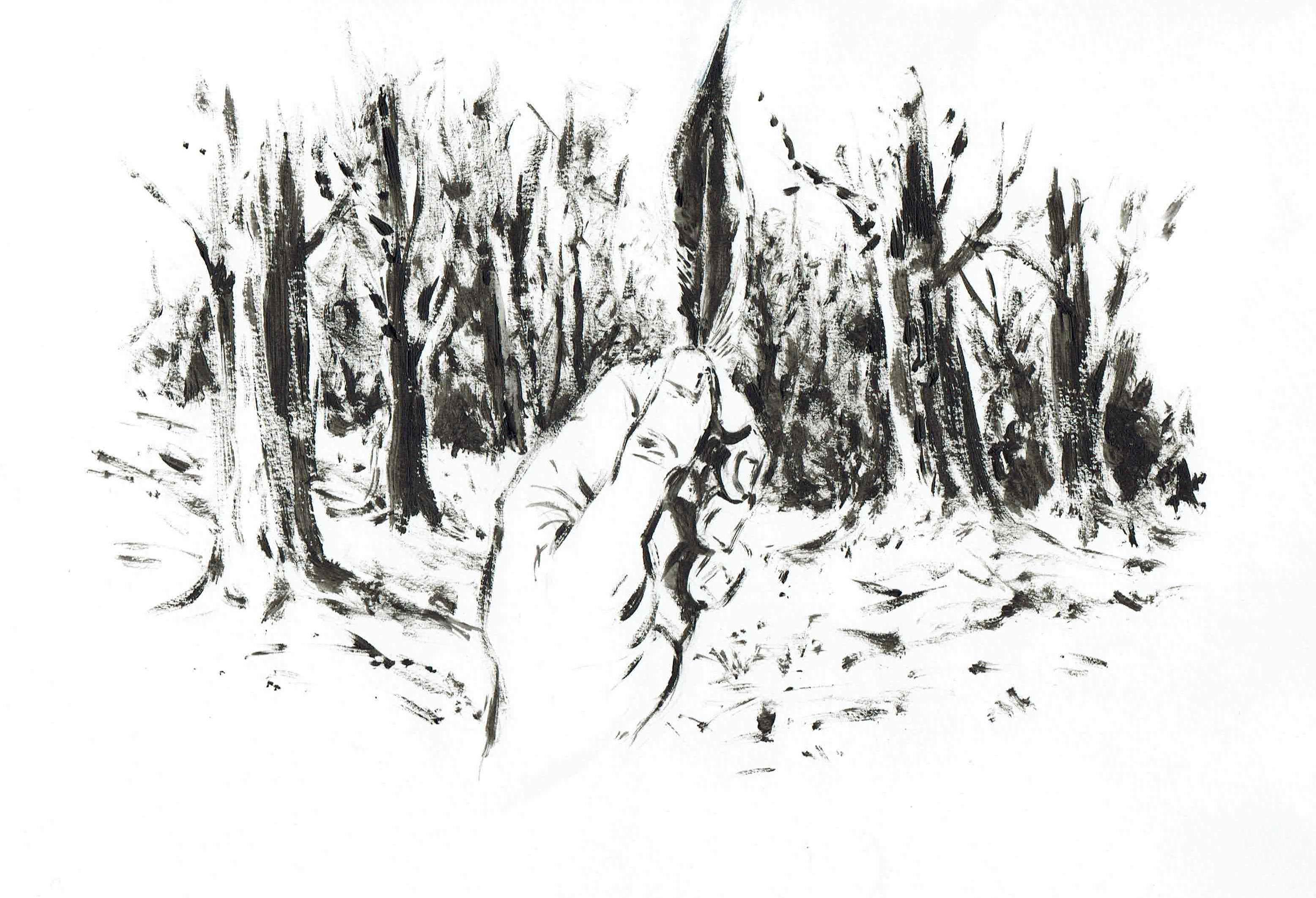 'Into the Unknown' by Flemming Christofferson 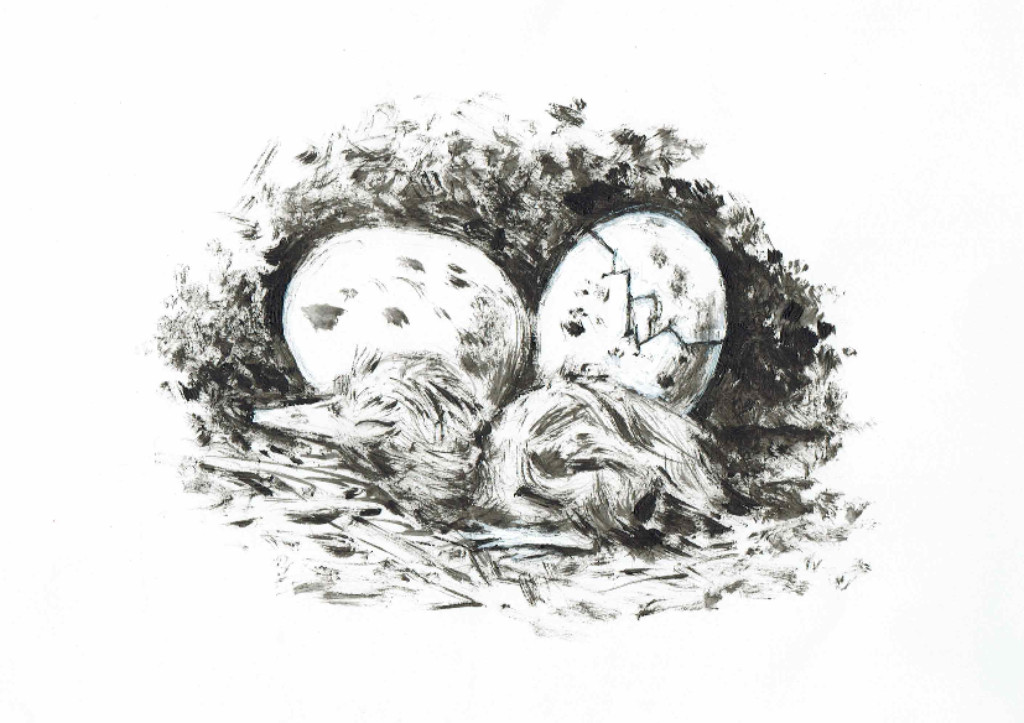